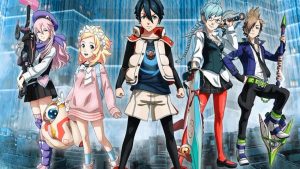 So, after the crew of the Oubu learn the ins and outs of their Buranki, they discover that there are more users out there. Oh, the crew of the Oubu (left to right) Shizuru Taneomi, Kogane Asabuki, Azuma Kazuki, Kinoa Ogi and Hiiragi Nono. END_OF_DOCUMENT_TOKEN_TO_BE_REPLACED

November 21st, 2019 in Anime, General Reviews by The Droid

In a show like this, it is eventually going to be compared to “Monster Girls”, since you are dealing with similar creatures, but in a different manner, and it is those differences that make “Interviews with Monster Girls” (“Demi-chan wa Kataritai”, “Demi Wants to Talk”) potentially less effective than the former. END_OF_DOCUMENT_TOKEN_TO_BE_REPLACED

Have a Nice “Trip”

November 14th, 2019 in Anime, General Reviews by The Droid 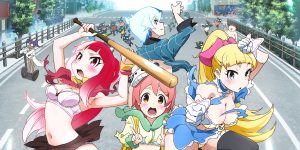 This is one seriously weird show, right from the title. Because the apostrophe is hidden, you think this is called “Akiba Strip”, but you wouldn’t be too far off the mark with it. No, the actually title is “Akiba’s Trip” (“Akibazu Torippu”) and the layout up top is every indication as to how unhinged it is. END_OF_DOCUMENT_TOKEN_TO_BE_REPLACED

Short Pull Series XXIV – “To Be” Or Not To Be 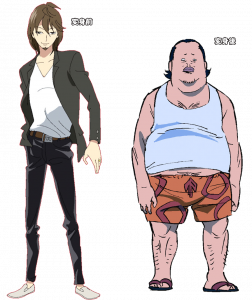 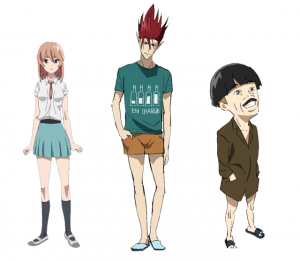 I initially shied away from this show. Aside from the rather difficult pronunciation of the title, “To Be Hero”, the capsule and accompanying picture was a bit difficult to take. However, when you get into the show, it is the same kind of disjointed run you have seen with “One-Punch Man” and “Mob Psycho 100”, in that you have a hero that really doesn’t know what to do with himself or his life, either before or after. And some kind of hero! END_OF_DOCUMENT_TOKEN_TO_BE_REPLACED