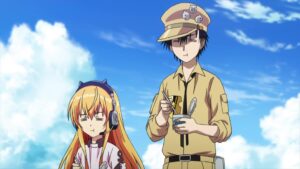 Can you run out of ideas for adventure shows? I mean, we can go to the depths of the oceans, the outer reaches of space, the darkest cave, the highest mountain, the hottest desert, even what lies underneath your very feet in the big city. What else can you do? Well, what happens when a continent appears out of nowhere in the Pacific Ocean? Adventure calls, which is what happens in “Magmell of the Sea Blue” (“Gunjō no Magumeru, or “Ultramarine Magmell”). END_OF_DOCUMENT_TOKEN_TO_BE_REPLACED

There is always a problem when you try to put together a show about the human body. For the most part, the body is seen as some kind of community or village or great megalopolis (think like “Osmosis Jones”) and how everyone gets along together, but the analogies don’t always work well, especially when to have to show how things function. But we make a real attempt with “Cells at Work.” (“Hataraku Saibō”). END_OF_DOCUMENT_TOKEN_TO_BE_REPLACED

Another Japanese obsession I cannot wrap my noggin around is the theme café/maid café fetish. OK, I have never been to Japan and I don’t even do the Maid Cafes that pop up at anime conventions. It’s a bit of a culture clash for me. And though this show doesn’t define it any better for me, “Blend S” (“Burendo Esu”), was fun to watch. END_OF_DOCUMENT_TOKEN_TO_BE_REPLACED

April 29th, 2021 in Anime, General Reviews, Uncategorized by The Droid

Do not let the rather casual, almost cartoon-like animation fool you; this is a rather cruel and heartless show. “Shōjo Shūmatsu Ryokō”, (“Girls’ Last Tour”) tells the tale of Yuuri and Chito (left to right) as they navigate a massive city complex after some apocalyptic war has taken place. Driving their Kettenkrad (a kind of motorcycle half-track), they search for something, anything, to help them understand what went on and what is going on. END_OF_DOCUMENT_TOKEN_TO_BE_REPLACED

COMMENTARY – Keeping Abreast of the Times

If you have watched anime for any length of time, you have been presented with the city of Akihabara. Just after WWII, it was Akihabara Electric Town, a major hub for electronic household goods and possessing a thriving black market. Later on, it became associated with otakus and THE place to go to fill your manga, anime, figurine, body pillow, maid cafes and other cultural artifacts needs. It’s just that it got in the news for an event of questionable presentation. END_OF_DOCUMENT_TOKEN_TO_BE_REPLACED

May 28th, 2020 in Anime, General Reviews, Uncategorized by The Droid 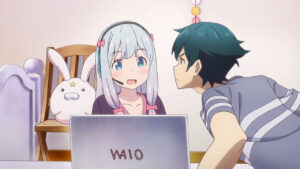 Wow. This is seriously one delightfully deranged comedy. Although you may tumble to the secret before it gets revealed, that does not detract from the romantic humor generated by “Eromanga Sensei”, although ‘romantic’ may be a bit of a stretch. PS, I am also going to reveal things in the third paragraph, so you may wish to avert your eyes. END_OF_DOCUMENT_TOKEN_TO_BE_REPLACED 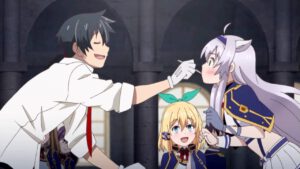 Initially, I was concerned. This was another magic academy show, where their talents would be honed to a razor-sharp edge, potentially no different than “Bahamet”, or “Asterisk War” or, more closely aligned, “Sky Wizard Academy”. In fact, there is even a school magic festival, where classes compete against one another. The key distinction may be the instructor, thus the rather odd title of “Akashic Records of Bastard Magic Instructor” (“Roku de Nashi Majutsu Kōshi to Akashikku Rekōdo”). END_OF_DOCUMENT_TOKEN_TO_BE_REPLACED

“Working” Out the Details

March 1st, 2018 in Uncategorized by The Droid Technically not a fourth season, but an extended movie, “Working”  (“Wagnaria!!”) tries to wrap it all up and give people that dramatic push they need to move ahead with their lives. I mean, you can’t work as the wait staff in a family restaurant for the rest of your life, right? It’s just that it tries so hard to make it right, you can see the mechanics operating and everyone gets to sing their aria.

It is a rather capacious cast and each have their own imbroglios that cross over into other people’s lives to the point you wonder what is the quality of food here. We have the two chefs (far left) who spend more time sniping at each other, the store manager (guy in regular tie) who spends all his time trying to find his runaway wife and our ‘hero’ (for wont of a better term) who tries to be a regular Joe, but ends up a punching bag of sorts, both physically and emotionally. END_OF_DOCUMENT_TOKEN_TO_BE_REPLACED

August 18th, 2017 in Uncategorized by The Droid

As of late, I have been running into a lot of fighting academy shows, where people of varying degrees of talents and abilities are shipped off to this particular institute or that particular school to hone their fighting skills in that they may defend this country or do battle against other schools for honor and glory and toyamaki. It’s like being in “The Goblet of Fire” but without Cedric Diggory. (Hmmmm……….this intro sounds familiar). END_OF_DOCUMENT_TOKEN_TO_BE_REPLACED

“Sunshine” of Your Love 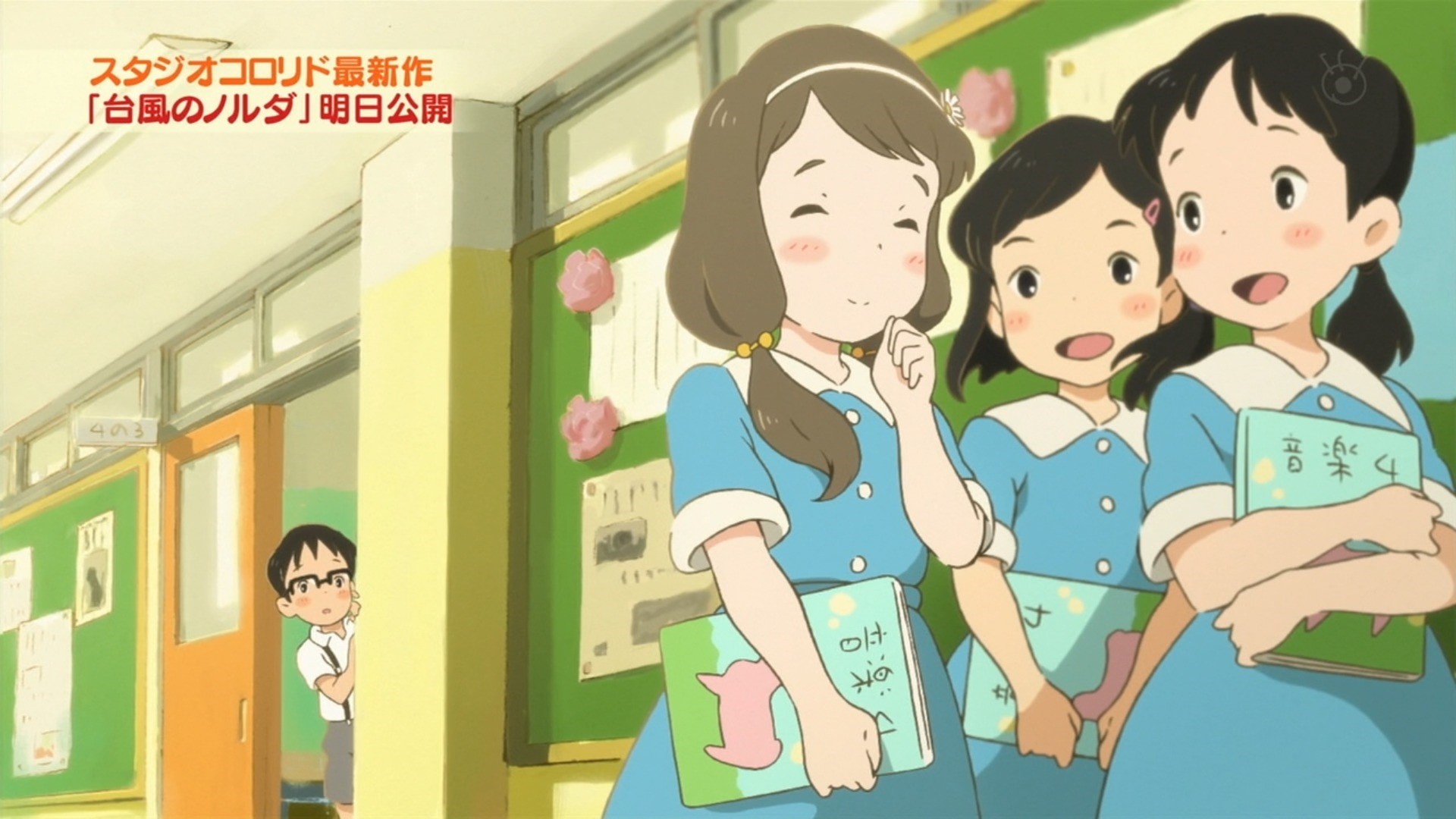 It kind of bothers me that some offerings in anime are presented as ‘movies’, when they are an animated short subject or an untethered OVA. This one, “Hinata no Aoshigure” (“Rain in the Sunshine”) clocks in at 24 minutes (the length of many episodes), but does manage to do quite a lot. I just felt they could have taken out a few more minutes to make the poignancy better.

We are in the fourth grade (fourth grade romance? Really?) and up there, to the left, we have Hinata. He is very good at drawing and lives in a fantasy world, as he is also painfully shy. He falls in love with his classmate, Shigure (the giggly one); however, Hinata is not good at talking to people, so he keeps his feelings in his imagination and his drawings. He constructs these elaborate pictures and tries to work up the courage to tell her how he feels, but things always go wrong and it fizzles and flops. Well, more like crash and burn. Nine times out of ten, END_OF_DOCUMENT_TOKEN_TO_BE_REPLACED