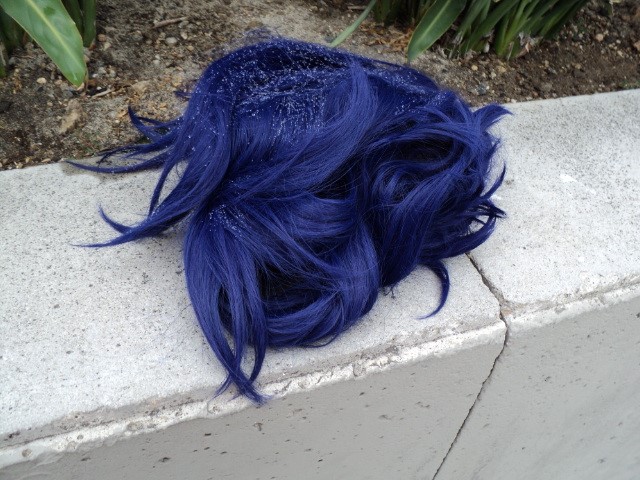 Although I was really tired after the long, arduous travel day, I did have one last thought before I drifted off to sleep: if I hit up some of the Day ¼ venues after midnight, could I have gotten in, as it is the ‘next day’? Too sleepy to find out. However, the real next day, I just could not get back to sleep, so I got up early. I explored the hotel to see that they had a bewildering variety of restaurants and snack shops, but I decided against that. I headed out instead to eat elsewhere.

It was an overcast day, but we are in LA. In my neck of the woods, a day like that is cold and cruel; here, it’s merely neutral, but I could get away with wearing shorts and a t-shirt. I wanted to get down early to check out the JW Marriott, as the AX is using it as an off-venue location for the larger showings and panels. I managed to take in a viewing of “Astro Boy”. This is the original anime that I saw when I was a wee sprout back in 1964, so it has been over half a century since I saw it last. And my original thoughts then were still valid now: it is a bad show all the way around. I mean, even Disney had abandoned the rubber hose approach and the bulbous nose design just after the war, but here we see it in full bloom. And the quality of the sound was so bad, I was missing most of the dialogue. They were just poorly done all the way around. I could do a full commentary on what I saw and how time made it bad, but that can wait for another day.

After leaving that (it’s not wise to revisit your youth), I got in line to get into the Main Hall and that was a piece of work, aggravated by a questionable breakfast burrito. But it calmed down as I hit panel after panel, for Pony Canyon, for Viz Media, for Sentai Filmworks. There are a couple of good-looking properties out there, and one of them, “Welcome to the Ballroom” is having a premiere, which I hope to grab. Then comes the problems.

I have mentioned that Saturday is usually the heaviest day of a multi-day convention, as if you cannot give the full force, you would take in Saturday, play it to the hilt and recover on Sunday. But Saturday was also the first day of the convention, so it was a zoo. If you decided to come in today to grab your tickets, it was a 3-hour wait. If you decided to buy your tickets today, it’s $55 A DAY. If you want a four-day pass, that is $150, but if you use a QC, it could be $115. Kids, always plan ahead! But it still took me about 30 minutes to get into the Hall. When the wife and daughter came later, 95 minutes!

I had to change plans. I initially wanted to grab the FUNimation panel Attack on Titan Season 2 voice actor discussion (the whole family is going to watch that series together!) and the one meeting the creators of Yuri!!! On Ice (a review is done for that; not yet posted). But it meant leaving the LACC venue, going to the JW and hoping not struggling to get back in to the LACC. I decided to shift my schedule and catch a J-Pop singer, Mari Iijima, who was connected with the series “Macross”. It’s just that the location was also going to be showing Episode 1 of the new “CardCaptor Sakura” series, “Clear Card”. And since they were NOT clearing the room between the shows, we chose to tough it out and it was smart we did, as every seat was taken. We also got a special CardCaptor card which will allow you to download the first book of this series as well.

With that done, we went to the vendor’s hall, but I had to eat something and I lost a brickload of time trying to find a place to sit, so when I got into the hall, they were preparing to close it, so that was a major bust. On to the bête noire: I decided to grab a showing of “Evangelion 3.33 You Can (Not) Redo”. A review of this is coming, but I gave up a lot for this. Since they were not doing a room clear, either, I caught two episodes of “Jojo’s Bizarre Adventure: Diamond is Unbreakable”. (a review is done for that as well, not yet posted; I’m a busy boy) and I saw my film. However, the FAKKU Panel (Hentai Worth Watching), was capped just as I left the movie and I had about an hour to go for the start of that showing. I’m NEVER going to get these guys!