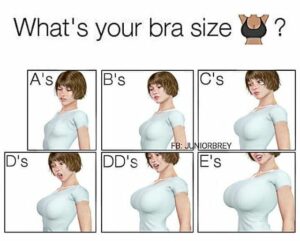 In years past, one of the harder panels to get into were all those 18+, FAKKU, hentai fun shows. Even if they put them in ever larger and larger venues, there never seemed to be enough seats for all the perverted people who wanted to show up and ogle and stare and hoot and holler and stomp and enojoy the ‘adult’ activities so presented. And since the Fire Marshal did not allow standing for these things, it got tough, When I got the preliminary schedule for AX, there was one panel that I really, really felt that I had to get into.

OK, I did WANT to get into the FAKKU panel, but you had to make a hard choice, as if you got shut out on that one, there was a strong chance you wouldn’t get into another one. (OK, the panel “Admit It, You Like the Gay” might have had room, but  I’m not a fan of the yaoi/yuri nexus, so that was a loss leader for me.)

So, what is it like to attend one of these panels? Sometimes they give away items, or you can try to win a prize of some type (I once won an 18+ manga, but it was on the tame side as far as nudity and sex was concerned) but there is certainly a lot to see, especially up on the big screen.

Now, it initially was going to be a mere 30 minutes, but because so much time was taken to have a packed house (and I mean EVERY seat was eventually taken, although yours may not have been in the best of spots), the Overlords graciously gave her another 30 minutes (not like anything WAS coming after us and it shouldn’t take six hours to clean the room, right?)

Now, Kiba let us know that she was a 58 H, so she had a LOT of experience with the physics of breasts. What they can do, what they CAN’T do and what can and can’t be done to them. She commented that she would watch these offerings, but would get stopped cold when the breasts acted like they had a mind of their own and would do whatever they felt like doing.

The thing is, when you are in a room with lots of people (and I would say about 40% of the audience were women), you are not going to get aroused, so just forget it. She then went on to a very interesting chart. (I took a photo of it, but I forgot to zoom it, so it is illegible, and, no, it’s not the one I am using above) which explains terms. Just like we feel the Inuits have a bajillion terms for the types and caliber of snow, the Japanese have terms to describe breast sizes and whatnot. From my scribbled notes:

She then showed a huge variety of truly perverted anime clips, both 2D and 3D. One clip had two chounyuu women, who were so enormous, men were having sex with their nipples, and I want you to know that it was as unarousing as you think it is. The funny thing is after the men ‘spent’ themselves, their breasts grew EVEN LARGER. Wow! Do ALL women do this? Maybe I should give it a try….

Then, we had some Futsuu femme fatale being accosted by a pair of slimes that modestly increased her size, while she was both repulsed and aroused by the whole thing. When the slimes were done, she then had twin gushing fountains of milk streaming forth, much to her surprise. And ours.

Then we had Amy Rose from Sonic having sex with Knuckles, except Knuckles is sporting both his massive erection AND huge breasts, while Rose is also sporting a pair of big boobies. Totally ridiculous, as the breasts for both of them were immobile. They did not move, regardless as to what they were doing.

We did see the standard assortment of huge breasted women, whose bosoms defied logic, gravity and physics and those things moved on their own, rotating in opposing direction at the same time, somehow managing to explode through both foundation garments and clothing, having the ability to stay perfectly firm, despite the massive weight and girth that was being presented. And with this as the key point, all of it assuredly unappealing.

Now, for me, part of the problem is that I recognized some of the scenes from animes that I had watched. I was a bit surprised that “Ikki Tousin” and “High School DxD” were excluded, but when you end your presentation with the physics and gravity magnificence of “High School of the Dead” and how those bullets managed to completed miss the gigantic and rotating breasts about them and STILL kill zombies, what can you say?

No, I am not making this up and I can’t even being to feel how I could make anything up like this. The closest idea that I can get is….well, you don’t need to know that. Just be aware that when you venture into The Land of No Limits, that aspect is going to be tested with every fiber of your being. To paraphrase Obi-Wan Kenobi: “Who’s the more perverted? The pervert, or the pervert who follows him?”

This was all certainly food for thought. I have enough trouble with over-arching fan service without having to hunt down presentations of this nature. It was less about physics and more about tomfoolery. Perhaps Boobs For Rubes.