This Is the “Ruby” No One Can Touch

December 30th, 2021 in Anime, General Reviews by The Droid 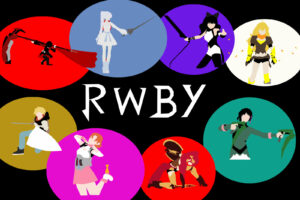 So, now that we have all the players in place and the action set, “RWBY” moves into the third season with the Vytal Tournament. Think of it like the Tri-Wizard’s Cup, but with no Cedric Diggory.

We see our teams do battle with the best from the other academies. We also learn of the special powers and abilities they have and the rather bizarre personality quirks of some of the newer folks. However, when you give the people bread and circuses, this allows for more sinister machinations to run unchecked.

Now, the fights are broken down into group against group, duos against duos and eventually mano-a-mano. Now, if this wasn’t enough, Pyrrha is asked to take on a monumental task. Sorry, can’t tell you the secret, as that would ruin all the surprise and events leading up to ultimate outcomes. I mean, do you want it all laid out for you? Rosebud is the sled. The woman in ‘The Crying Game’ is a man. The Cragle is made up of the words ‘Crazy Glue’. Really? Really really?

We also see how the bad guys are putting forth their efforts to discredit, throw into chaos and otherwise undermine what the tournament is supposed to be. If that wasn’t enough, the Grimm attack during the event and that makes for a complete disaster (and takes up the ending shows of this 12-episode arc).

It is a good thing that the stories are plot-driven, as the artwork is still unsettling. It just feels like there is no weight behind anything they do. I mean, they break rocks and fell trees, but it comes off more as a special effects reaction. Plus, the people can get rather annoying in their personality. The evil people are kind of evil, but more like it is asked of their job description if they can give a sinister laugh or generate a withering sneer, but nothing more organic. Even the reasons they have for being evil seem weak and tepid.

Despite these problems, I still enjoy the show. Remember, there is a really good tale to tell. It’s not just this divergent group of guys and gals, wanting to be hunters and huntresses and protect their lands from these really nasty monsters, but how they grow physically, spiritually, emotionally and mentally. They are asked to do quite a lot. Not only it is above their pay scale, it may be beyond their current abilities, but you can’t stand around and sip tea while the building comes down around your ears.

Still go for the binge. At this point, I would NOT recommend a full, flat-out, hold on to your butts kind of binging. You need that pause between each season. But I still strongly suggest clobbering it out season by season. Maybe take a few days for this, a season per day. Do you really want “WandaVision”? (Well, I don’t do Disney+).

And remember, it’s first run until you’ve seen it. This cannot be!